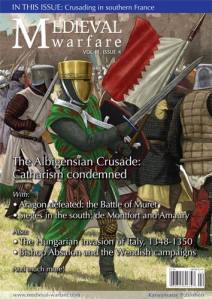 It has been too long since the last blog update I’ve posted on this site, but this summer has been the busiest so far in my freelance writing career.  There is still one month left before fall, yet I have already completed five articles and one short story.  I have two more articles to finish writing by the middle of September and I am nearly finished writing two more short stories.  Early in 2014, I will have been published at least 12 times.

Two of the issues with my articles in them will be released in the near future.  The first article will be in Medieval Warfare issue III.4 with the title “The Christian Viking: Bishop Absalon and the Wendish Campaigns.”  The second article is titled “Falchions and the Maciejowski Bible” for the 6th volume of Katsujinken.  By the end of September, two more of my articles will be published in History Today and Ancient Warfare.  In December, I will be published in History Magazine, as well as in an issue of Military Heritage in 2014.  Hopefully, before the end of the year I will have published my second novella.  Just like the first one, it will be a horror story but will be much more brutal and graphic.  The working title of the story is Missing. 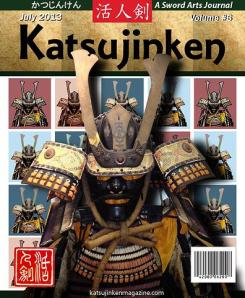